Clarence Leo Chartier was born in Wisconsin, as was his father Henry. His mother Selma “Emma” was born in Canada. Clarence L. was headed “over there” during the Great War, serving with the Company D, 8th Infantry Regiment “The Fighting Eagles.” While the 8th was en-route to Europe, peace was made and hostilities came to a close before the 8th could fire a shot. The 8th arrived just in time for occupation duties. Clarence left Hoboken, NJ on 20 Dec 1919 aboard the SS Northern Pacific. He departed Port of Antwerp, Belgium for the USA around 27 May and arrived in New York 7 Jun 1922 aboard the SS Somme. The Northern Pacific was later destroyed by a fire. The Somme was sunk in Feb 1942 by a Germany U-boat.

By 1929 the family was living in Kenosha, Wisconsin. They first lived at 6325 24th Ave and then 1342 56th St. Clarence L. was an automobile mechanic and Eileen was working as a waitress at a drug store.

56th Street. (Digital Collection of the University of Wisconsin Libraries)

56th and Sheridan Streets, Kenosha. (Digital Collection of the University of Wisconsin Libraries)

The family moved again by 1933, this time to Roseburg, OR. There, Clarence F. attended junior high and younger brother Richard attended “Catholic School.”

1933 was one of the worst years of the Great Depression. When families suffered hardships the bread-winner suffered the most. It was not uncommon that the agony turned men toward self-medication through drink. Few were able to judge them harshly as they understood, tomorrow they might reach their last straw as well. Roseburg’s News-Review 10 Apr 1933 edition.

The senior Clarence worked as a mechanic in the Umpqua National Forest. Roseburg considered itself the “Timber Capital of the Nation.” 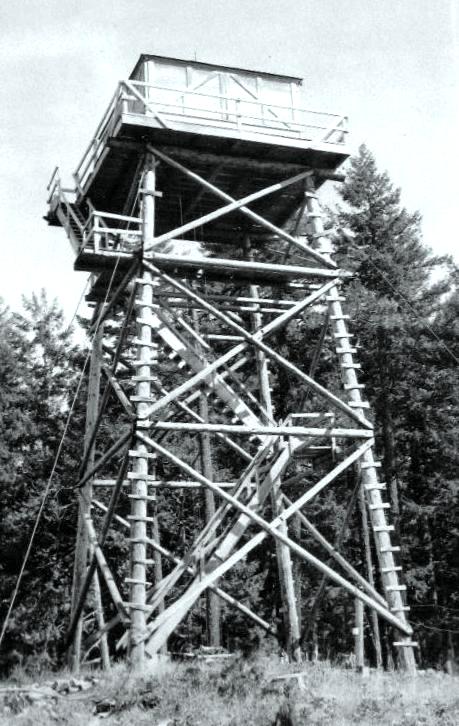 Clarence Francis Chartier enlisted in the U.S. Navy 14 Jan 1943. Clarence was six-foot tall and weighted about 170 pounds. He had a ruddy complexion with blue eyes and brown hair. Clarence boxed while in the Navy. If for no other reason, he was rewarded with shore liberty for his participation, and probably his wins.

He was assigned to the minesweeper YMS (class) 291 on 11 Sep 1943 from the Receiving Station PSNY, Bremerton, WA. The 291 was built by Associated Shipbuilders of Seattle, WA. The ship was launched 20 Apr and commissioned 9 Aug 1943. Clarence was promoted to Fireman 1st Class 1 Jan 1944. He was transferred to NYS, Pier 88, New York, NY 6 Jun 1945, presumably for his diving course.

On 7 Dec 1944 the YMS-291 encountered a Japanese kamikaze. The following is the Anti-Aircraft Report, which was required to be filed as soon as possible after the attack.

USS YMS-291 performed a diverse set of duties throughout its time in the Pacific Theater. No mission was more hazardous than that of clearing underwater mines in front of marine and army landings on Japanese occupied islands.

Note the minesweeper shoulder patch on Clarence’s uniform in the above picture. He is also wearing the insignia of a Machinist Mate 2nd Class.

Pier 88 seemed the perfect place to operate a salvage school after the tragic sinking of the liner USS Lafayette at that location, then being refitted as a troop transport in Feb 1942.

For more on the history of Navy divers, see the link below to All Hands Magazine:

All Hands Magazine for March 1959

Between wars, Clarence began a new life and raised a family in Roseburg. Unlike the Depression years he had grown up in, life was good and family always came together when and wherever they could stage a grand event.

After his WWII service, Clarence returned to Roseburg and worked at McCulloch Chainsaw Sales and Service until he started his own business.

Clarence died peacefully and joined his wife of 65 years on Friday, November 26, 2010, at the Roseburg V.A. Clarence was born June 8, 1925, in Cloquet, Minnesota. He joined the Navy in 1942 and served in WWII and the Korean War on a mine sweeper as a Motor Machinist’s Mate First Class and a deep sea dive instructor.

He married the love of his life Betty, June 1945 at St. Joseph Catholic Church in Roseburg, Oregon. They raised a family which included four boys and three girls.

Clarence and his lifelong friend, Jack Cummins started their business, Drain Chain Saw in 1953, serving the booming logging industry for 35 years in Douglas County. He developed many long lasting friendships during this time. Clarence loved the outdoors especially hunting and fishing with friends and family. Favorite memories include clam digging, oyster and crab feasts, family gatherings and camping trips to the coast and mountains.

Clarence was actively involved and loved serving the community with the Knights of Columbus from 1940 until this past year.

His beloved Betty preceded him in death in July 2010.

The 2001 movie “Men of Honor” showed the courageous work of Navy divers. To the general public, divers were a little-known commodity within the Navy’s wartime arsenal. The movie was based on the real life and career of Carl Maxie Brashear, the first African-American diver. Brasher attended dive school at Bayonne in 1954. This was around the time that Chartier was an instructor. He later remarked that he knew Brashear, when he attended the course. 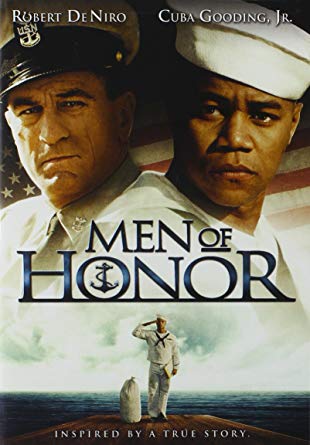 A tribute to the audacious Navy divers who performed the almost super-human deeds that served to shorten the war.

The Life and Wars of Clarence Francis Chartier is dedicated to his grandson Scott, who was generous enough to share the dive school photo.