Sgt. Ramsey, Leo Paul (20129203) was born 31 Aug 1917 in Stafford Springs, Connecticut. He was the son of Aurelia P (Tellier) and Archielas James Ramsey. The family lived at 157 Furnace Ave. in Stafford during the 1940s. Archielas and Aurelia had three sons and seven daughters. James, born one year before Leo, joined the Marine Corps and also served during WWII. Before his military service, Leo worked for the Warren Woolen Company in Stafford.

The Warren Woolen Company of Stafford Springs was just one of many names of textile companies operated out of the below pictured buildings. The mill facility was located on Furnace Ave, a brief walk from the Ramsey home. Archielas “Archie” also worked many years at Warren.

Leo was sworn into the Army 24 Feb 1941 (the 24th was the date the 169th was mobilized as part of the 43rd Inf. Div). The fact that he was enlisted on that particular date indicates he was part of the Connecticut National Guard.

After federalization, former National Guard Divisions gathered for extensive war-games, which encompassed most of the Southern states. Over time, the war games came to be referred to, simply as “The Louisiana Maneuvers.”

Winged Victory Arrives in the Land of the Kiwi

The 169th arrived in New Zealand and immediately resumed training for jungle warfare.

The 43rd’s First Objectives Were Rendova and New Georgia Islands

Like Walter F. Gutzmer of Manchester, CT, Ramsey was a member of the 169th’s Anti-Tank Company.

The Aftermath of Fighting for the Munda, New Georgia Airfield

Securing this all-important airfield on Munda Point was the main objective. Airbases from which the Army Air Corps could support the ground forces in their island hopping campaign were key to winning the war in the Pacific Theater.

The 169th moved to Aitape, New Guinea on 17 Jul 1944 to reinforce the Allied advance. The Austrians and Americans forces first landed on Aitape (Operation Persecution) beach 22 Apr 1944. Aitape was occupied by the Japanese 1 Apr 1942.

Returning to the Philippines

One of the hardest fights for the 169th came at Ipo Dam. The dam controlled the water supply to Manila. 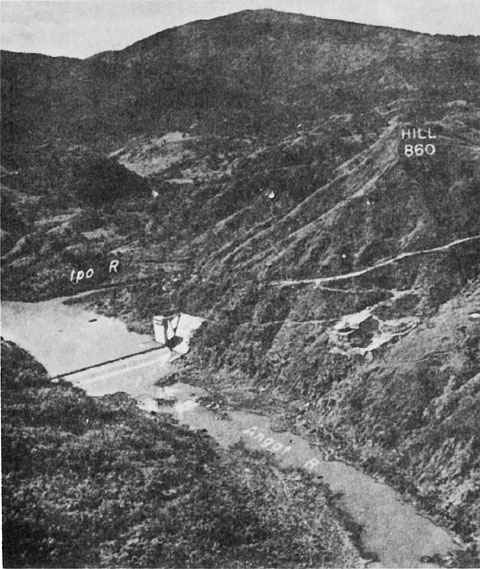 Links to more Stories of the 169th:

Postwar Life: Picking Up the Pieces

Leo survived the death of both parents and his wife.

Leo Ramsey died 1 Nov 2000 and was buried in the Stafford Springs Cemetery.